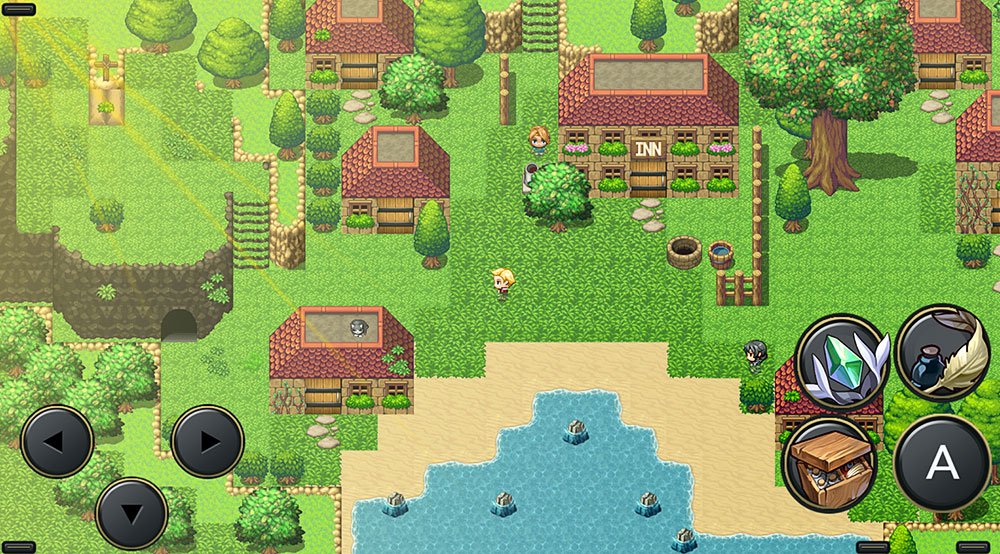 The Legend of Ipsae was originally called the Legend of Gaia. It’s a JRPG with a lot of lore and backstory by Spectacled Bear Games.

The graphics are really slick and sharp but they are pretty tiny on an iPhone. There’s tap to move as well as a virtual keypad. Movement is also very fast which is a relief.

There’s lots to do and plenty of sidequests as well as questing, and fast travel. The early battles take rather long for what is more usually the thwack! thwack! squish! stage of a game, fighting slimes and so on.

The main thing to realise is that the game uses a double finger gesture – just tap with two fingers – to move backwards in a menu. This includes escaping a fight. I did find the menus a little bit tricky to select because the text is so tiny. It’s supposedly coming to Mac, so it might be worth trying it on a desktop instead (no word yet about transferable saves).

The devs are still actively working on the game: refining the controls and adding content.

“The world Gaia is struck by upheaval. After the 4th Order of Arcadia has been almost completely destroyed , the Order’s judges sent Promoters to all parts of Gaia in order to determine the cause. An intensified force, called the 5th Order, is trying to fight the established structures of Gaia. Ipsae, Gaia’s supreme goddess, seems to not be able to provide the judges with Oceanus’ magic energy anymore.”