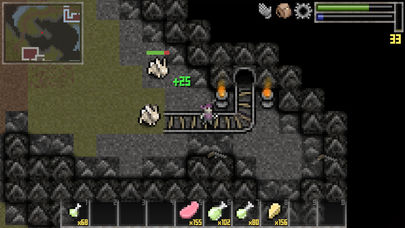 Delve into the adventurous world full of dungeons and forts, fighting 90 types of vicious monsters and search for over 150 unique items of loot. Switch between 12 classes throwing your axes, fire, harps and even a djenty guitar in fast-paced combat whilst gulping potions and collecting drops to level-up and become a champion with one epic Quest- to claim the Throne held by demon boss in the central castle.

According to the devs it’s a smaller game than the 9th Dawn instalments, but still has a large world map.