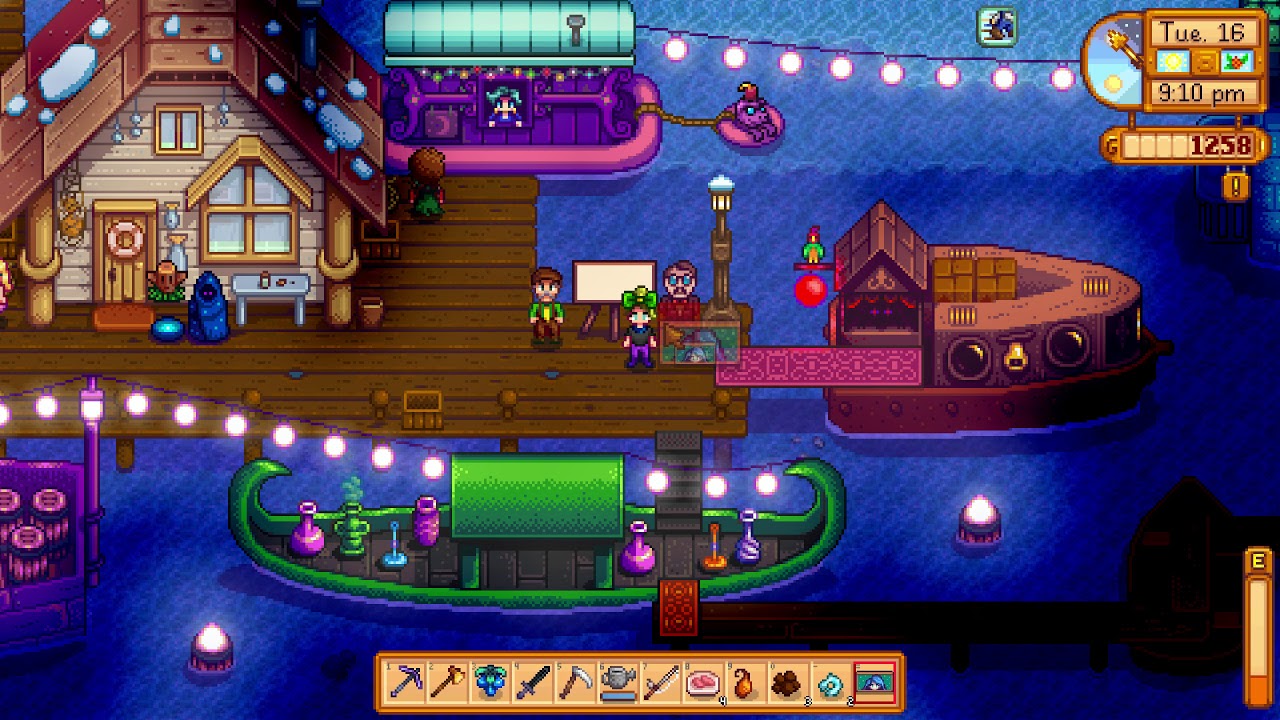 This game is as amazing as all the hype makes out. It’s a farming-SIM RPG – if that sounds boring it’s really not, you can even ignore farming crops altogether if you want. It’s probably closest to a Kairosoft game in subgenre, but with far more content.

I tried to find out before I played it just why it was so great. The main answer that came back is that there’s “just so much to do”. And there is. Some of the things you can do:

The more you do most activities, the more your skill goes up, and that makes certain things easier.  There is so much to gather, to mine, to earn, to upgrade. There are festivals with magical shops and secrets.

Just as an example: one cool feature has a witch randomly fly over your hen coop, and leave a Void Egg there. You can hatch this egg to get more Void Chickens who will lay more Void Eggs. One chicken-related tip: don’t buy more than one hen, because you can get more by hatching your first hen’s eggs. Eventually you’ll have more money than you know what to do with, but early on, every coin counts.

A note on the fishing game: on the iPhone X, I found this almost impossible at the early stages. The good news is that you still level up even if you are only catching seaweed, and the game gets easier the higher you level. Don’t despair. If it’s not working for you, concentrate on something else (I levelled up Mining) and when you’re a bit richer, buy the Trout Soup from the Fishing Shop as it increases you a level. The first time I went to the Ice Fishing contest I didn’t catch a single fish. The next year I caught all my fish and won the contest with ease.

Bonus tip: keep all the bug meat you ever get in the mines because you’ll use it as bait later. But don’t shove it all on your second rod, because it will be wasted when you ditch that rod for the Iridium Rod.