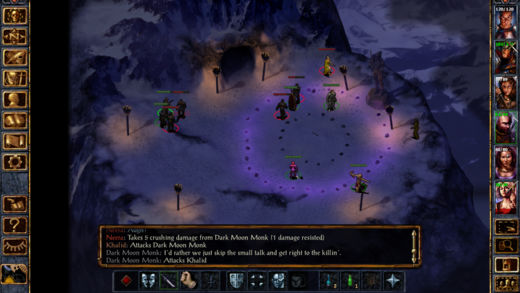 You don’t need to know Dungeons & Dragons to play and enjoy this game, nor do you need to be a hardcore RPG player, however a bit of reading up on THAC0 will help. Combat is pausable real-time, which means that as the game progresses, you may have to consider party combat strategies and tactics. Baldur’s Gate is involved and has a lot of depth, but it isn’t overly complex and the learning curve is worth it. There are plenty of side quests, spells, armour, weapons etc: it’s as fully featured as an RPG can get without delving into crafting and similar.

I first played Baldur’s Gate on a tangerine clamshell iMac, using Newsgroups for hints/cheats/clues. These days there’s a wealth of online walkthroughs and guides available.