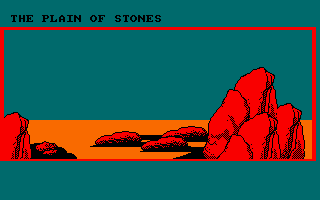 There are many wonderful, older games that have been ported to iOS. Many of the historic games tagged here are well over twenty years old.

Amid the iOS 11 bloodbath with hundreds of 32-bit apps falling into oblivion, it’s great that devs are putting in the hard work to keep some of these much older games alive on new platforms. That said, some of the games listed here as historic may now be among the fallen, but at least some of them are still being updated.

This is not only great news for new generations of gamers, but also for older ones: replaying for nostalgia’s sake, or just the sheer enjoyment of a great game. Another major advantage is being able to finish a game you couldn’t finish years ago, because there weren’t walkthroughs and forums available. It took me a quarter of a century to complete Heroes of Karn, first struggling with it on my Amstrad CPC-464 back in the 1980s, then finally doing it via an emulator and a walkthrough on a Mac.

I first played The Quest on Palm OS back in the early 2000s. I replayed it when it came out for iOS in 2009, then more recently played the HD version. You can see how the graphics have evolved over the decades:

Sid Meier’s Pirates! has taken an even more dramatic journey. I first played this on the Mac Classic in the late 1980s/early 1990s.

If there are three games I would love to see ported for iOS (which I plan to write a future article about) they are: