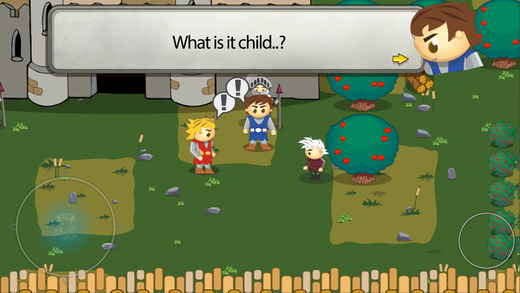 Twin Swords is a highly original and interestingly made action adventure RPG, with arcade elements. You control two heroes, swapping between them (sometimes one will automatically follow the other, sometimes it won’t)

That said, unless you grind or IAP, Twin Swords is not an easy game: a more casual mode would be great. Even regular monsters get hard early on, and combat requires more dexterity/reflexes than the average action RPG due to having to control (and heal) two heroes. This is a bit of a shame, because the puzzles give it intellectual depth, but those with slower reflexes who may like that aspect may find it unplayable pretty early on. Given it’s not free, near-compulsory IAP feels a bit stiff. Even if the heroes regenerated it might help a bit, but when you die, you still come back half dead.