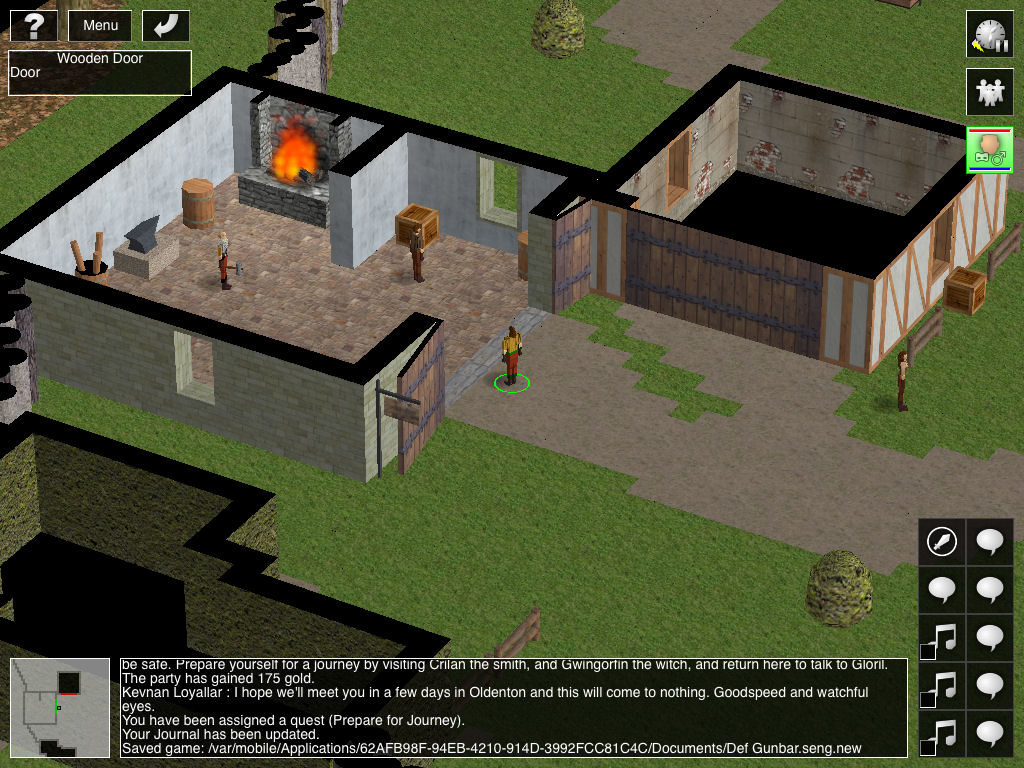 Temple of the Abyssal games is a wonderful retro-style Indie RPG that will appeal to fans of games like Spiderweb Software’s Avernum and Avadon series. Only available for iPad, which makes sense since it’s quite intricate in terms of menus, it’s a really fun game that satisfies all the things you want from an RPG.

You start as an adventurer in a small village, single player but you’ll soon accumulate a party that you can control and customise as the game progresses. There are many different skills and abilities. Exploration is somewhat open, though the quest log is helpful in keeping track of the story and quests.

The select-all-party button is probably one you’ll be using quite a lot, party members do seem to get deselected. You may die frequently, but there’s not much penalty for doing so. You can also pause combat which would probably reduce the death rate somewhat! Initial download is free, which gives you the first chapter, and then subsequent chapters are “price of a coffee” IAP.

There are some issues that could be made a little smoother: for example clicking on things that can’t open is frustrating. I’d also like to see an enhanced minimap (or an expandable one). But all in all it’s a wonderful and original effort that deserves some playing.