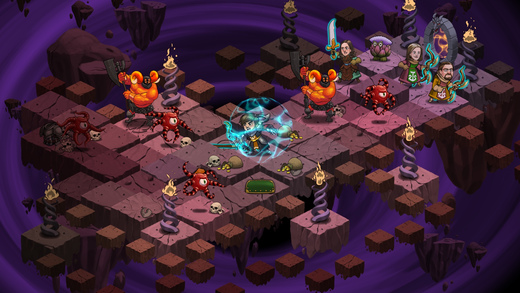 Rogue Wizards is described as a “rogue-lite” dungeon crawling RPG, where you can battle creatures, collect loot, master magic, and build your own Wizard Tower sanctuary. This enables you to build a town, brew potions and craft gear, among things. You also get a friend and a pet very early on.

The developer has tried to fit Rogue Wizards in the middle of a casual vs a hardcore game, so it’s a fun challenge for mobile gamers: not too hard, not too easy. It was based off a Kickstarter campaign, and has slick graphics. As you walk around the dungeon, the world builds itself through a visual animation in front of you while the tiles you leave behind fall and animate away out of your vision. There’s a constantly floating minimap that is very well executed, it’s clear but discreet.

There is IAP to buy more gems, but there’s also a permanent gem doubler IAP, which is effectively the price the game should be if it was payware (it’s free). This is a great way to do IAP, since the game is fully playable either way.